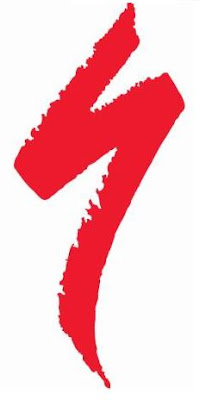 I could definitely see them doing a tire or two.

I bet Trek and Cannondale didn't see it coming either!

Cool. 650b Epic or something, unless they blow it and only do a HT.

I wouldn't call a HT "blowing it." While it might not be something that you'd buy personally, any 650B's released by Specialized would be the real tipping point for the wheel size.

Here are some words to ponder:
XFusion's Velvet accepts 650B with ease....XFusion makes the Specialized Future Shocks. Talk amongst yourselves...

pinepig's point is heard, and I stand corrected.

As for X-Fusion, when will their site ever be updated???

Agreed, if Specialized does any form of 650b bike or tire, it will go a long way in "legitimizing" the wheel size in the mass market.

Though they make their own forks, it will likely encourage the big three fork makers to get on board too.

Word is that not only will the new X-Fusion forks, (re-worked)Velvet and the new Vengeance be 650b compatible out of the box, they will be branded and marketed as such in print and their updated web site as well as to the dozen or so OE's interested in producing 650b bikes in 2010.

After Specialized offers their first 650b, are they going to patent it and then try suing every other 650b maker into non-existence??

Kidding (sorta)! Glad to see another big company on board.

I hate that Specialized Horst shiz...

i am going to laugh with glee in the the face of all those naysayers!

I am the new General Manager at X-Fusion and I would like to address some of the issues that have been raised in this forum. X-Fusion will be releasing a completely new Velvet fork in the Fall 2009. Look for a 15mm thru axle version in about 10 months. The new 160mm-travel Vengeance fork will be released at the Sea Otter and will be for sale in May. However, it is not 650b compatible.

As far as our web site goes - we are working on it. We recently moved all of the web and graphic design from Taiwan to the US. We should have a new site some time in early May.

Make sure to check out the X-Fusion/Intense race team. We will be competing at all of the UCI World Cup downhills and Dual events as well as a slew of North American events - a total of 19 races.

Thanks for reading. Feel free to send me any of your questions or comments.