This JUST hit my inbox! The Mega-Moto will the 5th 650B tire to be released by Pacenti Cycle Design. A 650Bx2.4" large casing tire! I warned everyone of this a month back, and Pacenti has delivered.  Be sure to stop by BOOTH 429 at this years North American Handmade Bike Show to see them in person! 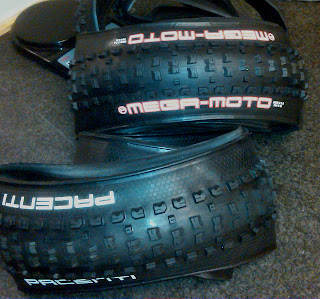 An e-mail just hit my inbox teasing me of whats to come. 6, yes S-I-X new 650B tires coming from a source mentioned on 650B Palace in recent months. Sizes ranging from 2.1"-2.4" The two 2.4" models will be available for summer sales. Once I have the perMission, I will release images of the tire treads to be released.
2012 is sizing up to be a great year and huge leap forward for 650B. Lets get those forks on the market!!! 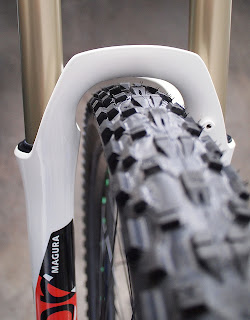 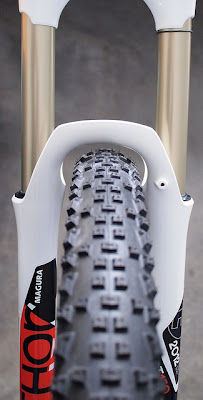 With the Schwalbe Racing Ralph 2.25
Magura's got some 'splainin to do!!